He started playing the guitar at 11 and began his formal study in 2009 after earning a scholarship from Spain’s renowned Asociación Intérpretes y Ejecutantes. At Fundación Cristina Hereen, a highly-regarded Flamenco academy in Seville, he learned from the masters: Pepa Sanchez, Paco Cortés, Eduardo Rebollar, Niño de Pura, and Pedro Sierra.

After he earned his diploma, Dario remained in Seville to work with some of Spain’s finest Flamenco artists. While there, he participated in concerts, festivals, and tours which took him all over Europe.

As a student and as a touring performer, Dario entered several prestigious competitions. In 2009, he won the “Premio della critica” award in the Andrea Parodi international competition, held in Sardinia, for his song “Dantzamena.” Tronos, a European label, later published the song in 2012. It is available on various platforms such as iTunes, Spotify, and Amazon. 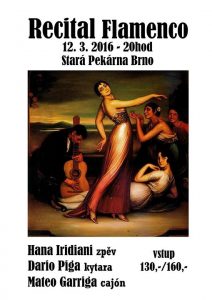 In the summer of 2012, he published a Flamenco book translated into five languages and comes with a companion CD that demonstrates 20 exercises for Flamenco guitarists.

In 2012, the Czech Republic’s Ibérica Festival invited him to come to teach and perform. He remained in the country to collaborate in the production of the musical Zorro with Brno’s Městské Divadlo and with the Hybernia Theatre in Prague.

To take lessons with Dario Piga, fill out our pre-registration form today.